Nicolette Craig looks at a process of post-larval collection and culture of marine fish that may yet sustain manageable numbers for the trade.

Between 1.5 to 2 million enthusiasts worldwide keep marine aquaria. Unlike the trade in freshwater ornamental fish, where more than 90% are captive bred, the vast majority of marine ornamental species are wild caught. So can this trade ever become sustainable?

Problems, such as the use of sodium cyanide to stun fish, over-harvesting and extremely high post-capture mortality rates have captured the public’s attention, putting the marine reef fish trade in a highly contentious light.

With coral reef fish estimated to be worth anything up to £900,000 per metric ton this is clearly an economically important trade. The UK imports some 350,000 ornamental marine fish annually and the global trade involves up to 27 million fish, 16 million corals and 10 million invertebrates.

Consequently, governments, non-government organisations and all involved in the trade of reef fish are keen to develop a sustainable method for catching them.

The Marine Aquarium Council has been at the forefront in trying to establish standards for the collection of ornamental fish and creating an acceptable ‘chain of custody’ for the fish. This accreditation, however, relies on hobbyists willing to pay a premium for the certification necessary further down the chain. 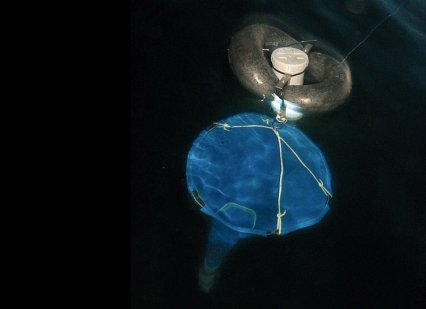 Low impact
An alternative sustainable technique has been around for ten years, but until recently has had little success. This is known as PCC (Post-larval collection and culture) and relies on the fact that most coral reef fish have a marine pelagic larval stage where the eggs and larvae are dispersed and developed in the open sea for days or weeks before returning to the reef to settle.

Natural factors, such as predation and currents, mean that less than 5% of the larval fish actually make it to adulthood, with 90% of post-larvae disappearing within ten days of settlement.

Using nets on the crest of the reef or light traps, PCC collects a proportion of post-larvae (see above pic) before they experience natural mortality — meaning it has little impact on overall post-settlement numbers.

The post-larvae are then sorted and raised to an age where they can be exported. This also means that the resultant fish are hardier and already used to captivity.

With such an idyllic principle, it may seem strange that PCC hasn’t become an automatic success. Dr Steve Simpson, a marine biologist at Bristol University who studies larval reef fish and sustainable fisheries and has worked on a number of PCC projects says: “On paper PCC is a fantastic idea. However, for it to work, you need a combination of factors.

“It needs a site with a large number of larvae, the ability to sort what you catch, cheap labour costs to do so and an export facility nearby.

“There aren’t that many places that reach these criteria and they are often overfished or have expensive labour costs. Although I would love to see it work, I think we may be a few years off yet.”

A spokesman from TMC reiterated this, emphasising that at the moment this method is not consistent enough for the industry. 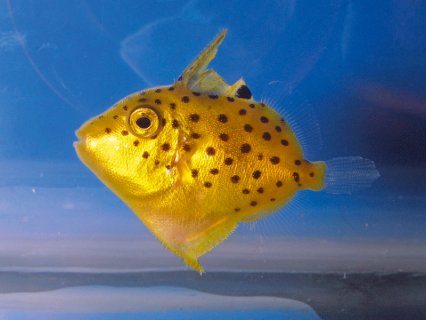 No consistency
He tells PFK: “While the idea behind PCC is very worthwhile, we don’t import many fish using this method. At the moment fish obtained in this way only become available once or twice a year from two suppliers in the western Indian Ocean and the Pacific.

“When they arrive here they can be anything from damsels to Convict tangs and it simply isn’t consistent enough.”

As most PCC fish are significantly more expensive at the moment, as they have to be sorted and then shipped from remote locations, we may seem to be a way off from seeing reef fish harvested in this way. However, Gilles Lecaillon, from ECOCEAN, a company that provides PCC solutions and expertise in the real world, paints a different picture.

Cash investment
He says: “Funding for PCC in the past has been fairly limited, so researchers have had to go where the money was. Quite a lot of work was done in French Polynesia which has relatively low fish diversity and is also hugely expensive. Countries have often also called in PCC once their reefs have already been overfished — and it is too late for the method to work.

“However in the last year or so money has started to be put into projects that can actually work. Conservation International have funded a PCC project in Papua which has had excellent results and the Madagascar government is also funding a pilot scheme in an area with excellent diversity of fishes.

“It is hoped that in these areas PCC will provide a sustainable income for the local fisherman and their families. We now have a list of over 100 fish species that can be reliably provided using PCC.”

There’s now also a company based in Mauritius which relies entirely on PCC to catch and export its fish. Sophie Vermond and Jean-Noël Fabre of ECO FISH (Mauritius) Ltd tell me: “Our mission is to supply top quality aquacultured marine fish. By using PCC we ensure our fish are robustly healthy and suitable to both captivity and for re-population of the Mauritian lagoons –  and10% of the fish we culture are released back on to the reefs.

“We have only been running since April, but already supply public aquariums, fish wholesalers and retailers and also reef fish hobbyists associations worldwide. At present we work with two traditional Mauritian fishermen and a technician and produce around 200 species of marine fish belonging to 43 families and aim to export around 40,000 PCC fish per year.

“With more than 63% of exported fish come from developing countries, this seems an excellent way to ensure fish populations while providing local people with a fair wage and healthier fish for hobbyists.

Gilles Lecaillon is the founder of ECOCEAN, an organisation dedicated to implementing PCC in tropical and temperate fisheries. He has more than ten years of experience in PCC.

What are the key methods of catching fish using PCC?
The principle ones are crest nets, which sit on the crest of the reef and light traps, which tend to be the most effective as many reefs do not have crests. Some work is also being done on incorporating sound into traps to attract fish in.

Where has PCC been used?
PCC was initially used in French Polynesia, but the biodiversity there isn’t that great as there’s only around 600 species. It’s also hugely expensive in terms of manpower, electricity and transport. Since then it has been tried in 15 countries, including Indonesia and the Philippines which are ideal for PCC as costs are relatively low and there is a huge diversity of fish. 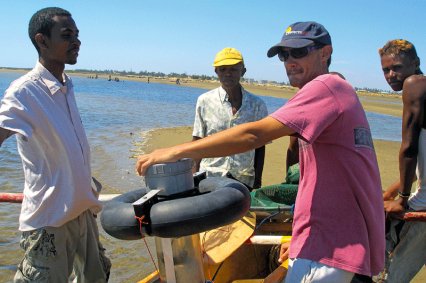 How can the higher cost of PCC fish be kept down?
Most marine fish undergo a chain of custody; being caught by a fisherman who takes the fish to a local trader who then takes them to a dealer in a city who ships them to wholesalers around the world to ship on to retailers.

This means the cost of a single fish to the hobbyist is at least ten to twelve times that first paid to the fisherman, but we hope to eradicate the first and maybe even second steps by encouraging local fishermen to form a co-operative.

The villagers themselves will be responsible for rearing the fish and getting them to the airport.

Ultimately this will mean that the fishermen get more money for their fish and the cost to the end consumer is kept down.

Are there other problems?
The sites where the fish are caught must be within 24 hours of a port, but other than that we are really progressing. Ten years is young for a new technology, but with more  time and money invested PCC will offer a wide range of species.

At the moment production can be seasonal, but once we start to see an increase in producers the seasonality will decrease — so the Blue chromis might come from the Indian Ocean in winter and the Philippines in summer.

One of the key problems is that people tend to have a top ten list of fish that they want to keep. This means these fish become rarer and more difficult to obtain even using PCC (less fish mean less larvae).

This is where hobbyists can really make a difference. I’d encourage people to choose sustainable fish where possible and to start looking at some lesser-known but equally beautiful fish, such as the Blue-green chromis or the goatfish. This is where PCC can really come into its own.