Heiko Bleher reveals new species of rainbowfish and blue-eyes found in the rivers and lakes of Australasia.

Habitat: A clear water creek that was 3-5m/11.5'-16.4' wide and at the deepest place about 1m/39" in depth. The ground consisted of gravel, pebbles and sand, as well as leaves and driftwood. The surrounding area was almost entirely primary rainforest and overhanging Pandanus plants; there was no aquatic vegetation.

Notes: I wrote extensively about the genus Melanotaenia in a PFK issue in 2010, but since then a few more have been described. On a recent trip I found another six species, which are being described as new this year, from West Papua and the Aru Archipelago, Indonesia. It’s possible that in a few years there could be more than 100 species of these fantastic fishes.

Aquarium: This is a very beautiful, large species. I found specimens of 16cm/6" in TL; they need a tank of 120cm/47" long or more. They are peaceful fishes and good for a community aquarium as long as the biotope is correctly decorated with sand, gravel, rocks and some well-watered driftwood. The aquarium should have a slow water flow.

For mates I suggest blue-eyes — the Pseudomugil species. They also live with halfbeaks, Zenarchopterus, gobies and gudgeons. 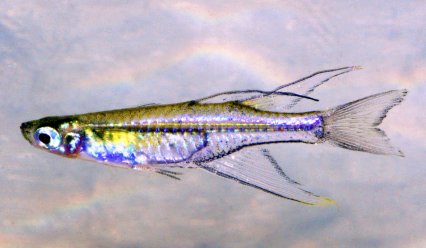 Habitat: This creek had tidal influence increasing conductivity, and at the time I measured the parameter it was low tide. It was surrounded by mangrove trees, and had Cryptocoryne ciliata along the edges. Fallen mangrove trees and roots were everywhere, and the ground was very muddy, with some sand and very few karst stones.

Notes: The blue-eyes (of the Pseudomugilidae family) known so far are all from freshwater habitats — except for two well-known species that occur in brackish and tidal habitats and now this one. I also found a similar one (possibly the same species) in the northern Aru Islands, around 150km/ 93miles south of here, which is quite possible as these areas were all one landmass between 6,000 and 10,000 years ago.

Aquarium: This habitat is shady with very little sunlight. These fishes are ideal for a brackish water aquarium — some may need some salt, especially when they turn black — with Ambassis, Zenarchopterus, other Pseudomugil species, several gobioids, Toxotes, Scatophagus and Tetraodon species.

The décor should consist of driftwood, and only plants that can take salt, like Cryptocoryne ciliata, should be used. As these species are small, hardly 3cm/1.2" in TL, they suit 60 l/13.2 gal aquariums or even nanos. 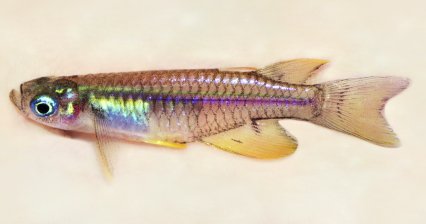 Habitat: The same as Pseudomugil cf. inconspicus, but the P. paludicola is a freshwater species and can only take conductivity of up to 700 μS/cm. (I found Ps. inconspicus in 6,000plus μS/cm). In nature it will escape to the upper creek region where the tide has no influence when it rises. But in the above parameters at the mentioned time, I caught both blue-eyes together.

Notes: This blue-eye species is only known from freshwater habitats, and to date only three species are known to occur in brackish and tidal habitats.

Aquarium: The habitat is very shady and very little sunlight penetrates, so the aquarium should be decorated accordingly. This blue-eye will also stay small at hardly longer than 3cm/1.2" in TL. The size of the aquarium can also be small at 60 l/13.2 gal or even nano.

Zenarchopterus, other Pseudomugil species, and small goby species are ideal partners. The décor must be fine sand and driftwood, with the roots of epiphytes such as Philodendrons. 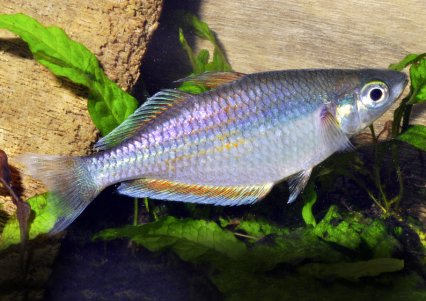 Habitat: This deep (up to 4m/13'), clear creek was flowing fast and covered with Cryptocoryne ciliata, the only submersed vegetation, on both sides. It was very shady and almost dark because there were huge trees on both sides and very little light penetrated the treetops. The creek itself had fallen trees everywhere, with large logs along the bottom on top of sand and karst rocks.

Notes: This is one of the six new species of rainbowfish that Gerald R Allen and I were able to find. This one has large white spots on both caudal lobes.

Aquarium: This should be the same as for Melanotaenia sp. 2 (see above). Again, their habitat is very shady and needs sand and driftwood.

The water flow can be stronger and, as this species does not grow as large, the aquarium with a length of 100cm/39" is already good. They might not be much longer than 10-12cm/3.9-4.7" in TL. They live with similar species, including Ambassis.