Origin: Lake system and small creeks belonging to the Yangtze delta in the suburbs of western Shanghai.

Habitat: The lake’s edges were covered with Potamogeton, Eleocharis and Vallisneria, and the ground muddy with gravel, pebbles and rocks, some covered by algae.

The surrounding area is near the Shanghai Ocean University in habitat where I found all the gobies featured here.

Notes: The genus Rhinogobius has a large Indo-Pacific distribution and more than 55 species are recognised, 33 being known from China and Taiwan.

R. aporus is still placed by some in the original genus as Pseudorhinogobius aporus (Zhong and Wu, 1998) but has been placed by the same authors into Rhinogobius.

Aquarium: A tank of 50 x 60cm/20 x 24” is enough for these fish. They are peaceful and make a good choice for a community aquarium, decorated with sand, gravel, rocks, watered driftwood and slow water flow. 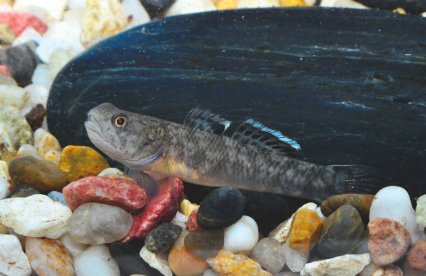 Notes: There are 35 species known in the genus Mugilogobius from fresh and brackish waters with a very large Indo-Pacific distribution. I found this in a pure freshwater, landlocked lake in the delta and it grows to 4cm/1.6”.

It was described from Sula Takomi, Ternate, but has a distribution from southern Japan to Papua New Guinea. I found it on islands in Indonesia, always with a different colour pattern.

Aquarium: These can be kept in nanos, 25-30cm/10-12” tanks or similar cubes. They are peaceful bottom dwellers, males flash their colours and they are ideal for small communities. Be biotope correct with sand, gravel, a few rocks and pieces of well soaked driftwood.

For tank mates go for Caridina species, a couple of Acheilognathus or Rhodeus species, or a loach, like Nemacheilus or Schistura. 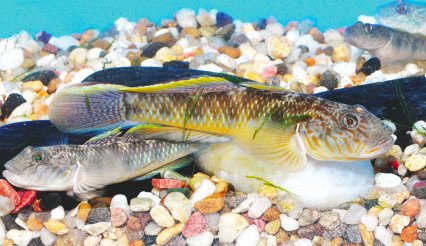 Notes: Cliffordpopei was described from Tungting lake, Hunan island, in China, but has a much greater Chinese distribution, living here together with what seems to be R. aporus, as also featured on these pages.

This species may reach up to 6.5cm/2.6” in total length but females of the species remain smaller. 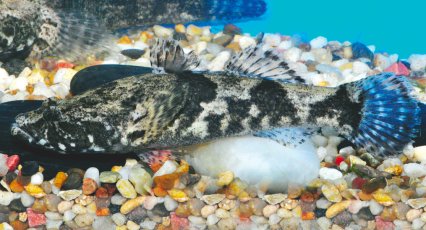 Notes: The genus Odontobutis has nine valid species and yaluensis was described from the Changjiang river and the Yalu river drainage in China, and has a large distribution in freshwaters of southern China. This species can grow to almost 30cm/12”.

Aquarium: These predators should be kept in aquariums of at least 100cm/40” length. They are peaceful if kept with larger fishes than themselves — but should never be kept with smaller ones and not really with anything their own size.

The biotope should have sand, gravel, rocks and well watered driftwood. The aquarium should have a slow water flow.

For tank mates I suggest in groups, large loaches like Leptobotia zebra, L. pellegrini, Semilabeo species, Leocassis crassilabris and Glyptothorax species, such as fokiensis. In the winter this species can easily take 15°C/59°F, and in summer 30°C/86°F.

Remember that they can grow large and can also jump.