No, we're not talking about the traditional Friday supper here. Instead we're looking at a subject that's becoming increasingly topical: fish and microchips. Dani Marks explains...

Microchipping is something which has steadily been growing ever more popular among owners, particularly as over the years, animals have become so much more than just pets. They are now family members providing valuable companionship for many and it can be extremely traumatic should a beloved pet be stolen.

Julian Peters, owner of the South East based Arthur Lodge Veterinary Group, has seen a number of cases of lost animals: "A missing pet, whether it be lost or stolen, is a heart-breaking ordeal for anybody. It is a stressful time for everybody involved not to mention extremely worrying. However, there are measures which can be taken to keep your pets safe."

Microchipping is one of these measures. It is a reliable and cost effective way of keeping track of your furry, feathery and even fishy friends. That’s right - fishy! Most people will typically think of more traditional domestic pets such as cats and dogs when it comes to microchipping, however, microchipping is expanding to other more unusual animals, such as Koi. 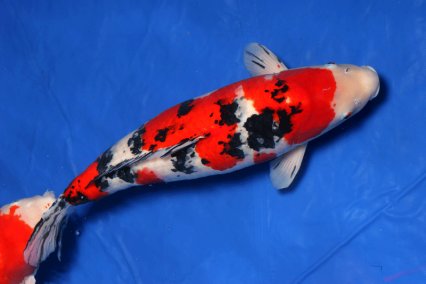 Some Koi can be worth £10,000 or even more, which makes them a top target for light-fingered pond pickers. Fish burglary is fast becoming an increasing problem, with many recent reports of Koi being stolen from garden ponds.

Koi enthusiasts invest a lot of time and money into their fish as Tony Barns can confirm: "I started to take an interest in fish a few years ago. Over time, I got more involved in my hobby, taking it progressively more seriously. As I began to collect more carp, I realised that I would need some form of protection for my stock, namely against theft."

Microchipping lasts the lifespan of the fish, making it an extremely worthwhile procedure. What’s more, it is simple and pain-free. A tiny device, the size of a grain of rice, is inserted just beneath the skin via an injection. The chip contains information about the owner and once the fish has been chipped, the owner must register their contact details with a microchipping agency, such as PetLog. These details are subsequently added to the database.

Fish can be identified with 100% accuracy if fitted with a microchip. The small chip contains information about the owner and can be accessed by a scanner being placed over the fish.

Julian Peters continues: "It is true that fish smuggling is a growing phenomenon and with Koi rising in value, microchipping fish is definitely something that I would recommend to owners. I don’t know of any negative repercussions to microchipping fish. Technology is truly on our side in this case, especially as it is impossible for an amateur to remove the chip."

Not only does microchipping protect against theft, it can also be used to monitor growth and health in fish as it can be quite hard to keep track of individual fish. This has been a real help for Tony as he explains: "As the fish can be so expensive in the first place, it is important for the owner to feel as though they are developing well. Being able to monitor them gives me that little bit of extra reassurance that everything is going to plan. I would definitely recommend microchipping to any other fish enthusiasts. For something that costs very little, it certainly brings a number of benefits."

Julian Peters agrees: "The chips have proven to be a great help to aid in effective fisheries management, monitoring growth and condition which is extremely important with all types and breed of animals." 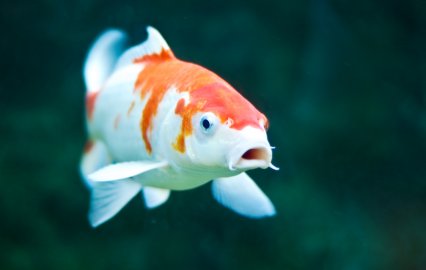 Yet another potential advantage of microchipping arises when making an initial purchase. One thing that is important for people new to this hobby to bear in mind is that it is possible that some Koi are on the market illegally. Once the buyer has selected the fish, it is advisable to run a scan on them to ensure that they are from a legitimate source.

As Julian explains: "Buying any animal is a huge commitment and this is especially true for Koi, particularly when you take into account the amount of money that is involved when purchasing some. As such, it is important for the buyer to be absolutely certain that they know everything about the animal before making the final decision.

"The worst case scenario would be to part with all of that money only to find out that you need to return the animal to its rightful owner. Not only do you lose an awful lot of cash, you also end up feeling like you’ve done something wrong. A simple scan for a microchip can solve all of those worries."

Microchipping fish is certainly on the rise and it is clear to see why. If you have fish and are interested in exploring this possibility further, it is best to contact your local veterinary surgery for further advice and to find out where the nearest marine microchipping service is available.

Julian concludes: "I can see absolutely no reason why owners would not pursue this option. It is better to be safe than sorry. If more people seek to microchip their fish, we may be able to halt the rise in theft before it spirals out of control."