Become a better fishkeeper by learning from old mistakes It’s not all success in fishkeeping, but we can be grateful that those who make errors know to share them. Gabor Horvath shares some of his own historical aquatic gaffes.

There are plenty of articles showing picture-perfect aquariums crammed with exotic species and shoals of hard-to-breed creatures. Based on what you can read, the life of an ‘expert’ breeder is full of glory and happiness, as they seem to succeed with every fish they put their hands on.

In reality things are not so rosy. You have to learn a lot, understand the needs of every creature you keep and try to minimise mistakes, but nobody likes to talk about the errors they make along the way.

I’ve decided to share some major flops that shaped me as an aquarist. Hopefully you can learn from them and avoid doing the same! 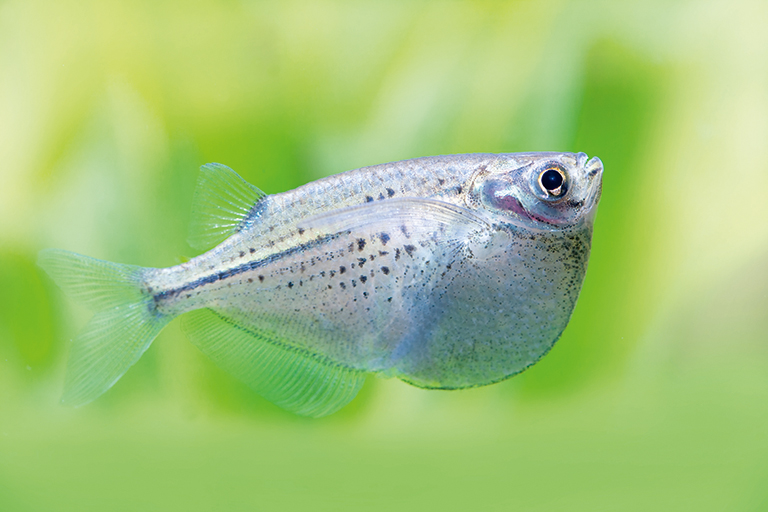 Hatchetfish — Hatchets are jumping surface-dwellers that love to launch in pursuit of food. 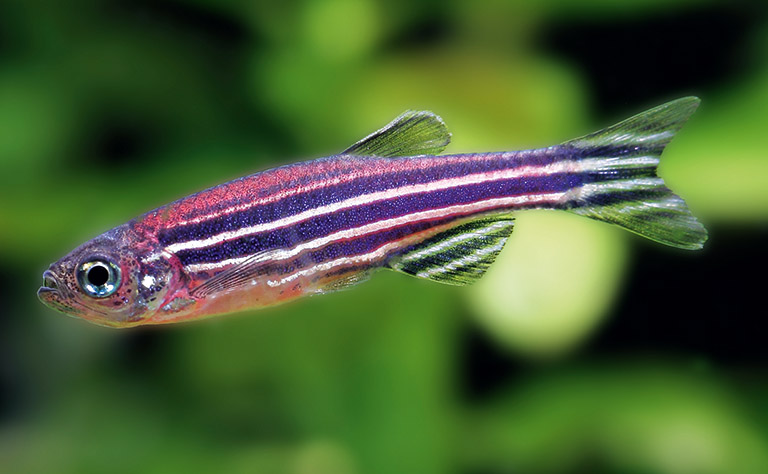 Zebra danio — Nervous and flighty, Zebra danios are notorious for throwing themselves out  out of a tank when spooked.

In the late 90s I owned some seventy tanks and was in the middle of breeding a range of different fish species, including some Corydoras. Among them were a trio of wild caught Bandit cory, Corydoras metae. These were quite expensive and hard to get in Hungary (my home at the time), so I put lots of hope into breeding them and selling on some of the offspring.

I managed to bring the only female into breeding condition and was very happy to see a few eggs laid on the side of the glass one evening.

Knowing that they continue to breed for days I went to the fish house the next morning with high hopes, only to find my female stuck behind the internal filter. She was dead, but still clutching a few eggs in her fins.

Since then, I have always made sure that the gaps I leave between decoration or filters and the aquarium glass are either too tight for the fish to get in or wide enough so they don’t get stuck. For the same reason I always put a protective mesh over the filter inlets when keeping smaller fish, to avoid them getting into the pipework. 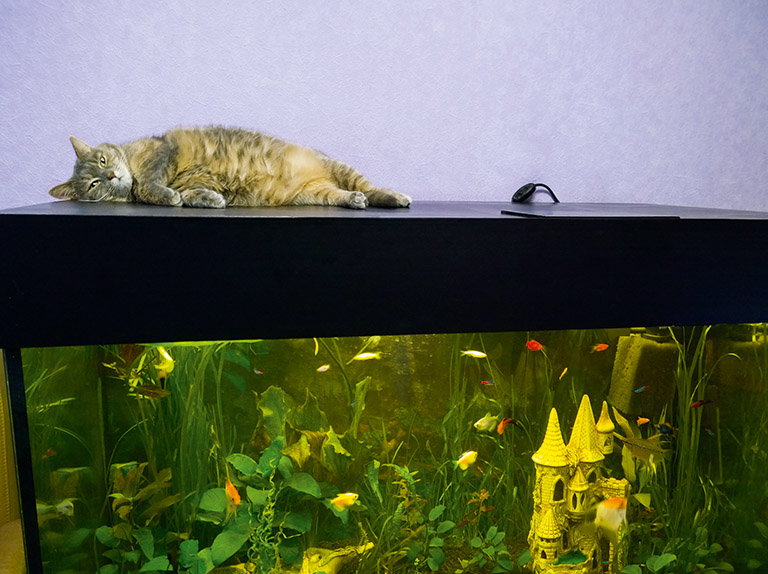 I suspect you all know the sinking feeling when you go to check your livestock and you can’t find your favourite fish in the tank.

Luckily, in most cases the culprits are simply playing hide-and-seek, tucked away in a cave or lurking in some dense patch of foliage, but sometimes they seem to disappear without trace.

Then comes the panic and you look around the floor in the hope of finding them still alive (it happens), but mostly all you find is a semi-dried out dead carcass.

Then you remember that last night you haven’t closed the lid properly or the feeding flap is still open. In some cases you simply wonder why the previously content and relaxed fish, which you had kept in that open tank for ages and had never showed any jumping intention, suddenly decided to commit suicide. I can’t count how many times I lost fish this way.

Sometimes, just closing the lid isn’t enough. Come night time, many loaches and eels like to probe their surroundings — above and below the waterline — to find an exit.
Even a tiny 1cm gap in a sliding glass cover, or the tiny port that allows cables into the tank, can be enough room for these escape artists to slink through, and efforts should be made to plug any small apertures, especially those closest to the waterline.

Repurposed old filter foams, cut to shape and wedged into place, can be the difference between a dried-out fish and a living one. 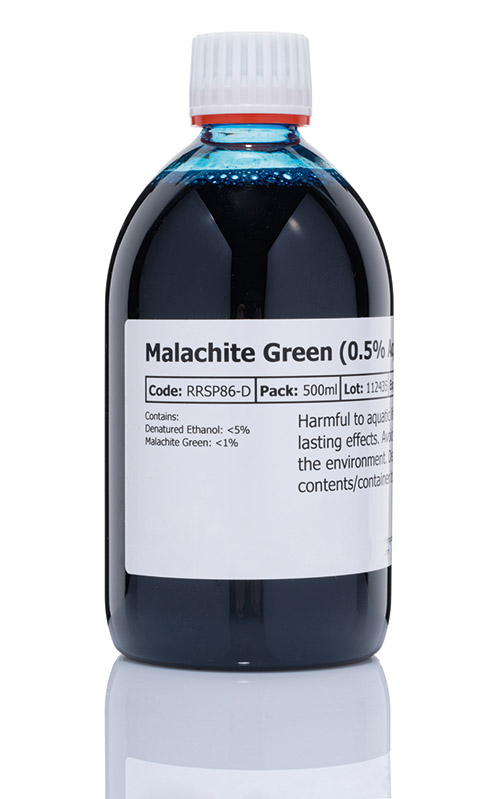 Careful with the drugs

Many of us use medications when necessary, and know how important it is to follow the dosage instructions. Sometimes, however, even the best intentions can cause havoc.

In my youth, I spent part of my holidays helping out on a trout farm. In exchange for my contribution, I was given some malachite green powder — at the time it was still allowed for use with fish for human consumption. I prepared a highly concentrated solution, with a dosage of ten drop for 100 litres and — this was the foolish part — refilled some empty old aquarium medication bottles with it.

I went away for two weeks, only to find my aquaria a deep blue-green colour on my return. As it happened my father realised that some of the fish had developed whitespot and had treated them with the malachite green, strictly following the original dosing instructions on the bottle, which said 20 ml for 100 litres. The massive overdose wiped out every living creature in the tank.

Even proper dosing can cause trouble. I don’t mean the well-known sensitivity of certain species to various medication, but the side-effects you don’t — you can’t — always factor in. A couple of years ago I had a planaria outbreak in one of my shrimp tanks and treated the water with No Planaria, using the recommended dosing.

I knew that it was harmful for snails, so I removed all the Ramshorns and Malaysian trumpet snails that I could. The problem was that there were more snails hidden in the substrate, something I only realised when they came up to the surface, dying from the medication. The mass extinction quickly fouled the water, but by the time I spotted this, half of my shrimps were dead as well.

Since then I only use No Planaria in a shrimp-free aquarium.

Dose the water, not the tank!

When treating with any medications, a dose should be based on water volume only. Sometimes, the ‘volume’ on the box of a purchased tank is its overall displacement, so a 180-litre kit might only hold 150 litres once the top trim is deducted. To correctly dose, multiply tank length (in cm), by width (in cm), by water depth (in cm). Divide the resulting number by 1000 to get the water volume. Now take 10-15% off of that number to account for substrate and decoration, and you’re much closer to your actual water volume. 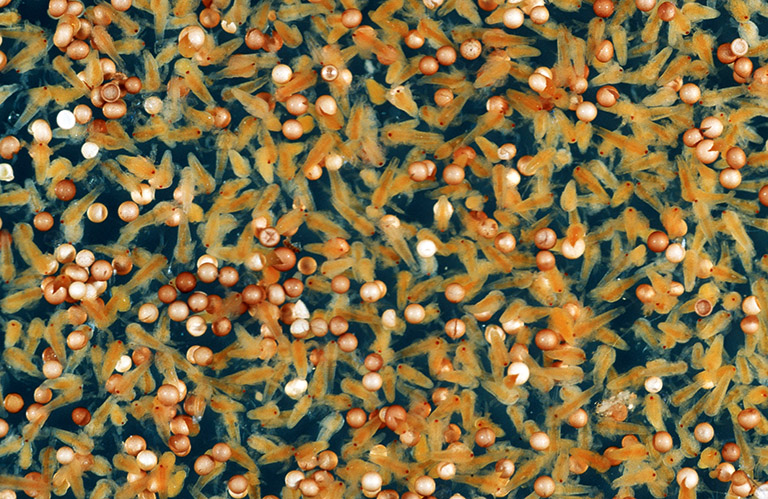 Sometimes your fish won’t breed, regardless of how well you keep them. Or if they spawn, there may be issues with poor hatch rates and raising the fry. Everything must be in order, otherwise you will only get frustration.

In some cases, I managed to spawn a fish, but without proper food I couldn’t raise the fry.

I have always been fascinated by Betta splendens, so I tried to breed them as soon as I got a pair. I was about ten at the time and I put the pair into a 10-litre jar, which I placed close to radiators. The warm water worked well and in two days I watched the pair spawning.

On the third day, when the fry began to swim freely, I removed both parents (the female was hiding under the moss during that time).

I tried to feed the fry with hard-boiled egg yolk and Vinegar eels, Turbatrix aceti, but in the warm, unfiltered jar the water turned foul and all of the fry were gone in three days. I kept trying but couldn’t raise a Betta fry for a long time, until I managed to get hold a proper breeding tank and some Artemia eggs to hatch.

Unfortunately, I lost many of those fry as well, because I didn’t close the lid properly when they developed their labyrinth organ and the cold air above the heated tank made them ‘belly-sliders’.

Even when you have all the foods you need at your disposal a project can still fail due to feeding errors. When my Napo cory, Corydoras napoensis, eggs hatched I was over the moon.

I counted around 60 tiny fry and began to feed them with newly hatched Artemia. Within two days I lost all of them. I was baffled, as I did everything like before with other juvenile Corydoras.

Later I learned what caused it. With the next batch I made sure that not a single shell could get into their tanks and managed to raise the lot without any losses.

I only consider my breeding cycle successfully completed when I manage to breed the next generation I’ve raised in my tank. For that reason, I always keep a group of youngsters to provide this continuity. When I had over a hundred fry of one of my all-time favourites, the Spike-tail paradise fish, Pseudosphromenus dayi, I kept 20 of the juveniles as my future breeding stock.

In the meantime, I had lost my only female due to a jumping accident (see my earlier point about well-fitting lids), but was sure to be able to continue the breeding project. Alas, all of my juveniles became males, meaning the end of my Spike-tail paradise fish adventure. That was the last time I saw that fish, as they seem to have disappeared even from the availability lists of the wholesalers. 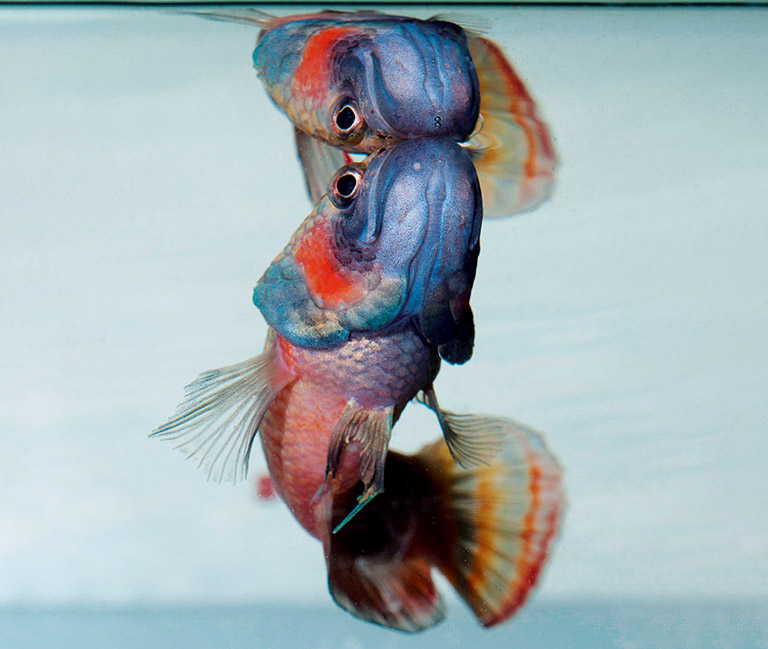 Finally, a story with more twists and turns than the Brecon Beacons. It all started with 16 young Brunei beauty I got from my friend. The gorgeous mouthbrooding Betta macrostoma is a hard find, so I took great care of the youngsters.

Amongst the group there were two males, who started to breed as soon as they came of age. After initial hiccups (they swallowed the eggs, because they are mouthbrooders)
I managed to raise ten fry and was hoping in a similarly successful future. One of these males went on to produce a large batch of 18 after having a two-month recovery period.

Soon the first lot reached a good size, so I decided to pass them to another breeder, keeping only the younger group. Virtually a day after these fish were collected the productive male jumped out of the tank. The other male kept eating eggs instead of tending to them, but I didn’t worry as I still had plenty of juveniles.

Alas, all of my young grew into females. I desperately tried breeding them with my impotent male, but days after each spawn his mouth cavity would be empty again.

As a last resort I tried to take away the eggs and raise them artificially, but none of them hatched.

I almost gave up when I spotted one tiny baby in the male’s tank. I raised the singleton and, to my delight, it was a male. I still had to wait until he reached the size of his much older sisters before I tried to breed, but at least I had some hope.

The females grew large in the meantime, and began bullying the two smallest fish in the group, injuring their fins in the process.

I put the two in an isolation tank to recover while I went on a holiday. After my return I found all 16 large females covered with a Costia infection and I couldn’t cure any of them. The male and the two remaining females have spawned on a few occasions, but it never resulted any fry.

As you can see the life of an aquarist isn’t only joy and glory — it’s full of troubles and even failures. You should never forget that we are working with live creatures and not machines. Every single fish is different from others, even within the same species. What works with one may not work with others. But this makes our hobby unpredictable, challenging and exciting – I wouldn’t want it in any other way. We all make mistakes but good aquarists can learn from them and will try not to make the same ones.