Fish disease outbreaks need to dealt with promptly, but how do you know what it is? Andy Gordon answers some of the most common questions on diagnosing and treating common aquarium fish diseases.

A fish has died unexpectedly, does this mean there is a disease in my tank?

Even the best kept fish can fall victim to ill health. It doesn't necessarily mean that there is anything wrong with the aquarium when this happens and one of the worst things that you could do in this situation is subject a tank full of fishes to a whole battery of inappropriate medications. Some medication is toxic to some fish and to some invertebrates, adding these medications could easily make things worse.

It could be that a fish has died from an age related illness or trauma (injury) in which case there is absolutely no need to treat the aquarium at all since neither condition is contagious and the only victim is already dead.

Before using any medication in an aquarium or pond, the first thing to do is to try to diagnose exactly what the problem is. This can be done by carefully observing the fish and then listing all the symptoms. You should be able to determine the probable cause of the disease by reading about the most common ailments in this article.

Once you have the diagnosis and you are reasonably confident that it is the right one you can choose the right medication using the Treatment Finder on this website.

What do I need to know about medication before using it? 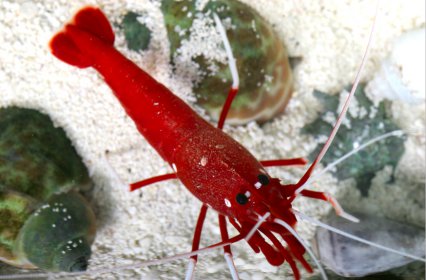 There are lots of organisms waiting for the chance to attack a fish. They can be split into different groups each requiring a slightly different approach to treatment and after care. They are: fungal diseases, bacterial diseases, and parasitic infections.

What are the signs of a fungal disease?

The spores of various fungi are always present in an aquarium. Normally fungus doesn't attack a healthy fish because the mucus which covers a fish fights off infection. But if a fish becomes injured through bumping into a sharp object, rough handling or an attack by another fish, or if it has become stressed due to a poor environment, then the fungus could take advantage and gain a hold. Once the fungus as gained entry past the fish's natural defences it will spread and weaken the fish further unless treated.

How will I recognise fungus on my fish?

Fungus (see top picture) is often given the common name of 'cotton wool disease' this is because the fungus looks just like cotton wool attached to the fish. It can vary in colour slightly from almost white to grey, it may even appear green if algae gets in amongst it too. Although this doesn't look too serious it actually is. Under the 'cotton wool' the fungus is eating away at the fish's tissue, so fast treatment is essential.

How can I tell if my fish have a parasitic infection?

Protozoa are the most common parasites that we come across in the aquarium. They are microscopic organisms and part of their life cycle is spent on, or even in, a fish. They can be very infectious in the confines of an aquarium where new hosts are easy to find.

Most are easy to treat, and if treatment begins early enough the prognosis is generally quite good. Protozoan infections irritate the fish and make them itch. This results in a lot of the fish scratching against objects in the aquarium and is one of the first signs to look for when trying to diagnose a protozoa infection, along with rapid breathing and clamped fins. If the infection is very heavy the fish may become quite lethargic and if untreated most will weaken the fish to the point of death.

What kind of protozoa infections am I likely to see on my fish? 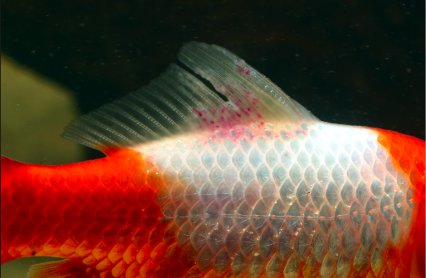 Are my fish suffering from a bacterial infection?

Bacteria are ever present in both ponds and aquaria. These are mostly harmless unless the fish are stressed in some way, as stressed fish fall victim to all kinds of infections more easily than they normally would. Any of the following could be an indication of a bacterial infection: open sores, ulcers, sudden unexplained deaths, frayed or blood streaked fins, areas of raised scales, cloudy eyes, pop eye and wasting.

What kind of illnesses can bacteria cause?

It is worth noting that well established bacterial infections may only respond to proper antibiotics prescribed by a vet. Early treatment is therefore essential in order to have any chance of a successful outcome.

I have some inverts will they be safe if I medicate the tank?

In some cases, no. Marine and freshwater inverts can be harmed by some of the ingredients used in some treatments, particularly copper-based ones. Some manufacturers take this into account and make an alternative medication which is safe to use with inverts.

Are there other ailments which aren't covered here and if so why is that?

There are other diseases and ailments such as viral diseases and physiological disorders for which there are no treatments available. Some common viral diseases such as Lymphocystis don't require any treatment because after showing some symptoms the fish usually develops a natural immunity and the condition clears.

Other conditions don't respond to simple treatments. Organ failure, tumours, or internal damage obviously can't be repaired with the addition of a few drops of some aquatic potion. Either seek professional advice or consider euthanasia if the fish is really suffering and has no quality of life.

Is there ever a time to when not to treat?

Yes, in some instances when a fish is sick beyond any hope of recovery i.e. when it is suffering with advanced tumours or other incurable disease and it is obviously suffering then the kinder thing is to intervene to end the suffering. Look at it as a final act of kindness for an old friend.

How do I select the right treatment?

Once you have made your diagnosis, you need to treat promptly, ideally after testing the water and correcting any water quality issues. Selecting the right treatment can be tricky, particularly if your tank houses invertebrates or sensitive fish that may react badly to certain medicines.

Where can I get more help?

You could post your query, along with a photograph of the fish and some water test results, on the PFK forum, where our members will be happy to help you. Alternatively, you could seek further advice from a specialist retailer, fish health professional or vet with experience in fish.

This article was written exclusively for the Practical Fishkeeping magazine website.